The total solar eclipse – what can I say. WOW!!

It was the clearest total eclipse I have seen since Mongolia in 2008. That’s a long time to wait.

We saw totality from Wayu Village, high up in the mountains above Palu city, with sweeping views of the whole bay to the north, and down the valley to the centreline towards the south. You could not have picked a better vantage point.

The skies were clear, the Sun was high up, and the atmosphere electric. At first contact, a traditional music song was played, sounding like a single didgeridoo, which echoed down the valley. It was tremendous. There were further cultural performances – eclipse dances, chanting. We were high above the festivities though, it was difficult to fully see what was happening. but the music drifted upwards.

It was hot – why do I always forget to wear sunscreen?? The temperature at first contact was 31.5 Celsius, and over time it dropped slowly until after totality when it registered 24.5 degrees. The light went weird, birds were confused, and it was thrilling.

The shadow was not as pronounced as other eclipses, but the moment of second contact was incredible. The diamond ring hung there beautifully and seemed to last a lifetime. And then – totality. I screamed with delight as that familiar shadow fully covered all on that sacred mountain. We whooped, cheered, hugged, and stood in silence at the wonder before us. It felt like forever. Two planets were clearly visible, although the sky did not darken too much. I had a quick glance through binoculars and saw an incomplete but beautiful corona and prominences at 9 o’clock, both of which were clearly visible without binoculars. The shadow was much more pronounced from behind. The light on the horizon was beautiful. I was so grateful that the clouds stayed away.

I was incredibly lucky to have this eclipse experience documented by MetroTV. I must say that spending days with the crew really added to the whole experience, and it was such a privilege to share that with them.

There is so much more to say. This eclipse will always be very special because of how we shared it – amongst the local population, our experience to be shared with the local community. What a wonderful, bonding and precious time that was. 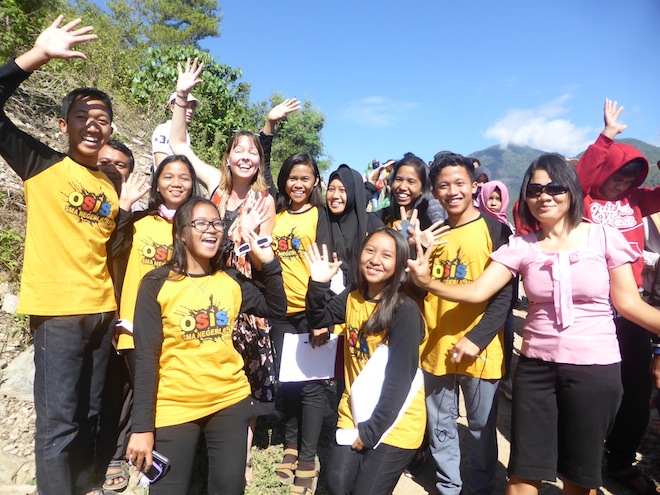 Afterwards, I did a post-eclipse research workshop at the Sulawesi Eclipse Festival, where we shared the eclipse experience. It was a very special time.

The documentary featuring this eclipse experience, the research I have done, the pre- and post-eclipse workshops I did at the Eclipse Festival, and interviews – all will be aired across Indonesia to millions. What a wonderful way of sharing this amazing natural phenomena. The below clip is the promotional video for the full show. 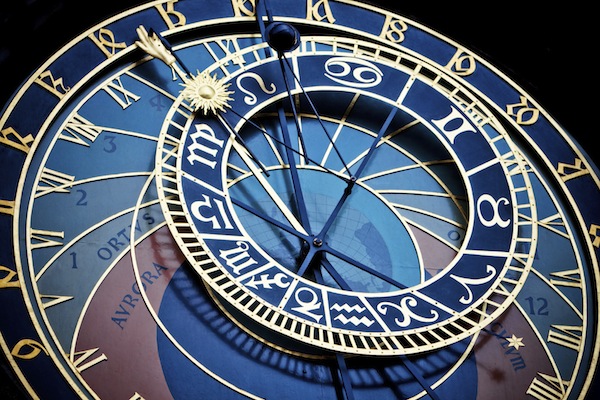 As an eclipse chaser, I plan ahead and know where I will be on specific dates a few years in advance. This means that I am always on ‘eclipse countdown’, using eclipse maps as a scaffold for my future. This may seem rather geeky, but I think it’s rather cool and it also is quite typical eclipse chaser behavior.

Today just happens to be a significant eclipse countdown day. In exactly two years time, on August 21 2017, the path of totality will start in the North Pacific Ocean, make landfall on the Oregon coast, cross the whole of the US to South Carolina and then continue on into the North Atlantic. This is a significant eclipse as it will be easily accessible for tens of millions of people, and is the first to cross the mainland US since 1979.

At this very moment I am in Portland, Oregon not far from where this path of totality makes landfall. I am taking part in an eclipse outreach planning meeting, along with other astronomers, researchers, science educators and involved eclipse chasers. The meeting is held to coincide with this eclipse countdown day, and I will be doing a talk open to the general public along with some key eclipse gurus. Today, Americans across the path of totality will be encouraged to look towards the sky at eclipse time. Key things are to see the exact location of the Sun at first contact and totality time; to observe the weather, and to start considering plans for viewing in 2017. How lucky they are to have this occur in their home territory – something I know well from the eclipse of 2012 that went across North Queensland in Australia, where I am from.

Of course, in two years time on August 21 I know exactly where I will be – viewing this amazing event from within the stunning Grand Teton National Park with my fellow Independent Travellers. Rosemary and Natalie have cleverly secured arrangements in one of the most in-demand locations in the US for the eclipse. Our base is in Jackson Hole near to the centerline. This location really is amazing – both Grand Teton and Yellowstone National Parks can be easily explored, and both have been on my travel wish list for many years. I’m excited about this trip and I cannot wait, although I know from my countdown that there are two full years to go.

But that’s not all. There is another eclipse countdown also occurring this weekend. There are now only 200 days to go for the next total solar eclipse on March 9 2016. The path of totality for this next eclipse crosses Indonesia. I will be in Palu and will be quite involved with the Sulawesi Eclipse Festival. Happily, I will be able to use the opportunity to do more of my psychological research, delving further into the eclipse experience from the perspective of younger travellers.

As well as keeping an eye on future eclipse countdowns, us eclipse chasers often reminisce about past eclipses. Every total eclipse remains special, and marks these awe-inspiring and life-enhancing moments we have in memorable locations across the world. This month marks an especially significant eclipse moment for me – my very first total solar eclipse on August 11 1999, which I saw in Fecamp, France. Those of you who have read my account of this in my first book Total Addiction will know how special it was, and how it marked my transition from an ‘eclipse virgin’ to ‘eclipse chaser’. It really did transform my life, and I had no idea that it would do so. August also marks the 2008 total eclipse that I saw from outer Mongolia – what an incredible and unique experience that was.

Being an eclipse chaser is so rewarding – we look forward to and remember these moments, savoring the awe and beauty of each and every eclipse. I know from my research and personal experience that this makes us appreciate life and the experiences we have, for which we are humbly grateful. How wonderful it is to be an eclipse chaser.

Copyright 2017 | By Kobault.com | All Rights Reserved.