The path of totality for 2015 Total Solar Eclipse commenced to the south of Greenland and swept south of Iceland, making landfall over the Faroe Islands and Svalbard before ending near the North Pole. 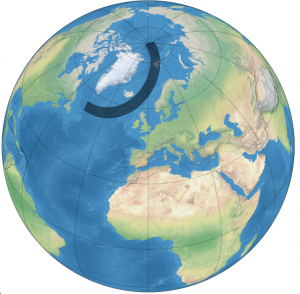 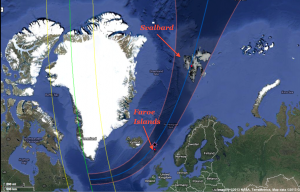 As I now have a particular interest in how communities plan, prepare and then experience a Total Solar Eclipse, I focused my attention on the Faroe Islands.

The Faroe Islands have a population of 50,000 people. The islands are stupendously beautiful and remote. The people are friendly, fun and welcoming. The whole island archipelago was within the path of totality, and the length of totality is approximately 2 minutes at Torshavn, the capital, increasing in time towards the north west and decreasing on the southern islands. Unfortunately, many parts of the Faroe Islands were clouded out at totality time, but quite a few locations were able to experience a brief totality. 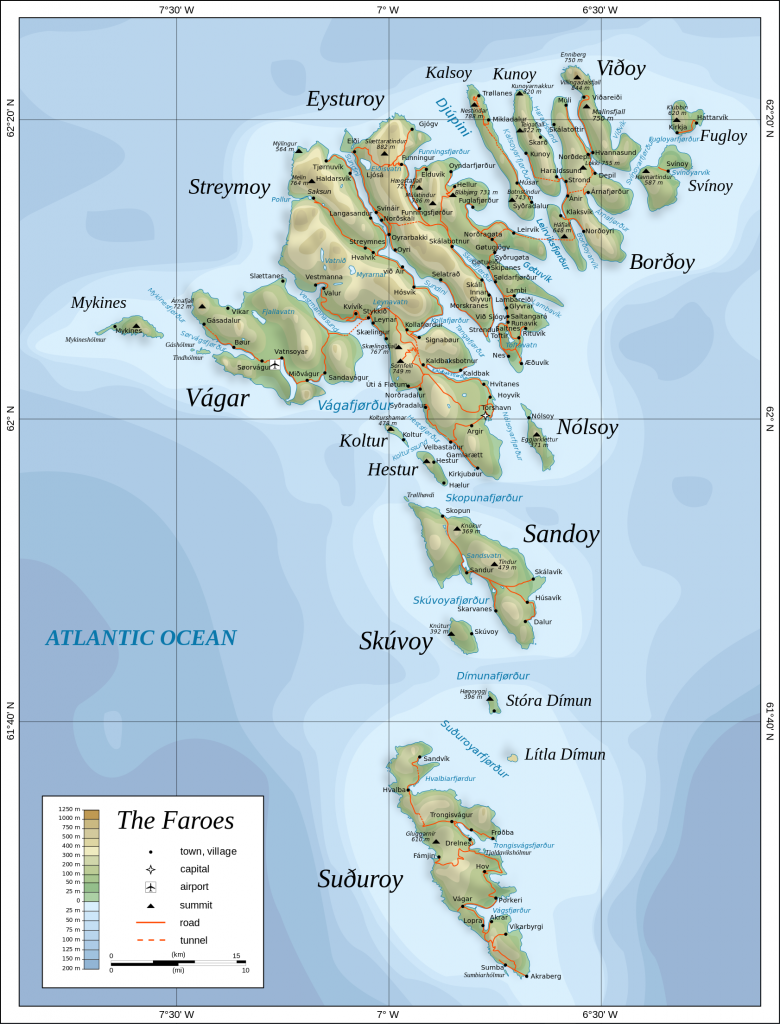 I had been visiting the Faroe Islands since September 2013 to undertake outreach activities, help with planning, and to organise my own tour. I also visited the islands one year in advance of the eclipse, where I did further outreach activities, led talks and workshops for tourism workers, did media and participated in a Citizen Science Eclipse Weather Project involving locals from across the islands.

In February 2015 I relocated to the Faroe Islands four weeks before the eclipse and worked with Visit Faroe Islands to help prepare the local community for the eclipse which brought an extra 8,000 people to the islands. I absolutely loved this role as Eclipse Advisor, and worked with many tourism and community organisations, advising about how to plan for the eclipse and sharing information on what to expect, including preparation of information for brochures, website and participating in many interviews for the local and international media.

I also ran my first Eclipse tour with The Independent Traveller, bringing 140 people from all around the world to the Faroe Islands to experience this eclipse. Details of our eclipse experience can be seen on our special Eclipse and Astronomy Tours website.

This was the last Total Solar Eclipse that could be seen from Europe until 2026. So, if you want to experience the wonder of a total solar eclipse before then, you have to chase. Come join me!

Copyright 2017 | By Kobault.com | All Rights Reserved.